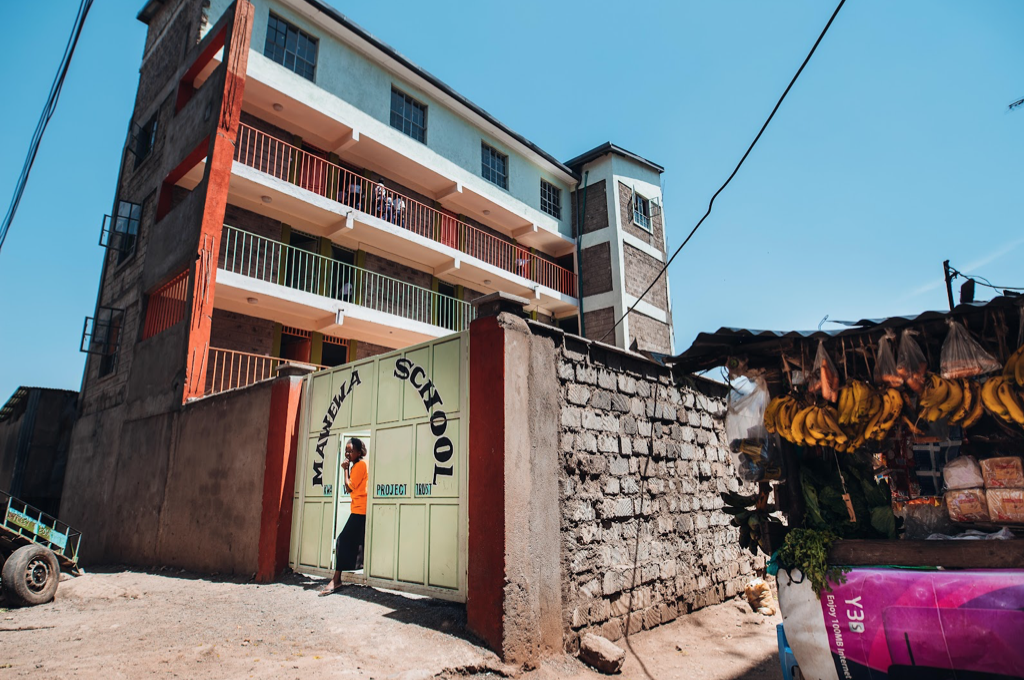 Adrian Agalomba was born six years ago in Matopeni, Mathare slum in Nairobi, where he lives with his mother, stepfather and one sibling. Adrian was born with a clubfoot, a disability whereby one of his feet did not form properly and was facing the opposite direction. Unfortunately, due to his disability, Adrian was neglected and largely left to his own devices, which mostly involved playing outside the Mawewa School gate.

Bobbins Okeyo, our Mawewa School security officer manning the school’s entrance, noticed the little boy who hobbled around just outside the school gate and developed a friendship with him. He soon realized Adrian was of school-going age, yet spent his entire day, every day, playing by the roadside, unsupervised. As he continued to engage with the little boy, Bobbins found out who Adrian's mother was and had a talk with her and learned of the depth of their poverty. Soon Adrian became a regular at the Mawewa School kitchen over lunch hour as the staff gave him food everyday when they served the Grade 1 children. After lunch he would play with the other children before they went back to class for their afternoon lesson, leaving Adrian clearly forlorn as he watched his new friends return to class. Philippians 2:4 says, “Let each of you look not only to his own interests, but also to the interests of others.” (ESV). Bobbin’s embodied this verse for us as through his initiative, Adrian was enrolled as a pupil of Mawewa Preschool in January 2020, shortly before COVID hit.

Shortly after Adrian was enrolled at Mawewa, Njenga, our Community Relationship Developer, championed Adrian’s cause to the eduKenya Senior Leadership Team seeking a way to have his clubfoot corrected. The team supported this cause and after a series of conversations with various friends and eduKenya personnel, a partnership between eduKenya and AIC Kijabe Hospital’s CURE© clinic was fostered. CURE© confirmed that they would perform Adrian’s surgery at no cost once his parents submitted Adrian’s birth certificate and their hospital insurance card (NHIF). Njenga tirelessly and patiently went out of his way to help source funds for Mama Adrian to get an NHIF card so that Adrian could access the medical treatment. Njenga had to continuously follow up with Mama Adrian and come up with creative ways to ensure the process moved forward. After a tedious process over a whole year which involved applying for both a birth certificate and insurance card, Adrian finally had all the documentation he needed to get his surgery.

Adrian’s journey with us does it end there. Over the next couple of weeks we will continue to share with you his story. This journey of transformation was only made possible because of your support and the faithful work on the ground of people like Bobbins and Njenga, who took the time to befriend a neglected disabled child, who others had not even considered helping.

Would you consider supporting the work that our faithful staff continues to do in Mathare and enable us to continue our work helping children like Adrian on their journey of transformation?

SIGN UP TO RECEIVE IMPACT STORIES AND UPDATES
Thank you! Your submission has been received!
Oops! Something went wrong while submitting the form.